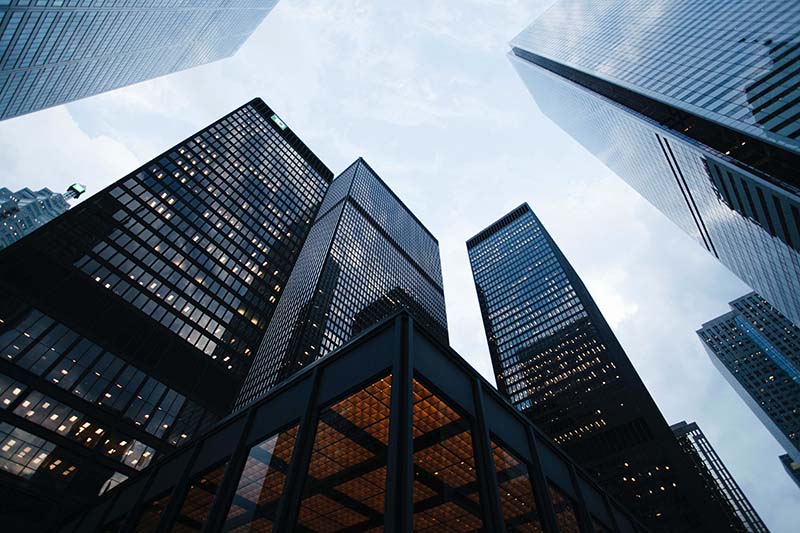 The burnout pandemic is driven by multiple causes: organizational culture, manager and supervisor behaviors, each employee’s coping resources, and, most recently, COVID-19.

Like fish in the ocean, we are so embedded in our culture that we often don’t see that it surrounds us. Culture is such a given that it often seems invisible.

If we look closely, however, we can see specific cultural factors that contribute mightily to rampant burnout.

Chief among those factors are certain beliefs and values that our culture champions.

As discussed in my upcoming book, To Normal and Beyond: Recovering from the Pandemic (and More) While Transforming Ourselves and the World, our culture prescribes a set of beliefs as being critical to living well and being happy. Particularly relevant to burnout are the messages that our well-being is determined by: 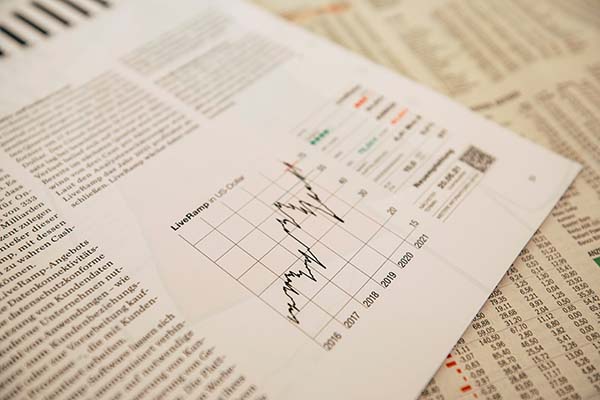 These messages, ubiquitous in our society, are spread in a variety of ways. Prime messengers are societal institutions such as advertising and marketing, politics and government, media (and social media), and through our workplaces.

Let’s examine the workplace influence more closely. Most Americans now work for large corporations, and large corporations tend to be based on a model termed as American Corporate Capitalism (PDF) by Kasser and his research colleagues.

American Corporate Capitalism (ACC) is a much different, much more impersonal version of capitalism than economist Adam Smith envisioned when he first advanced the idea of free markets and capitalism in the 1700s. American Corporate Capitalism has carved out larger and larger chunks of the American and global economies—indeed, the revenues of 52 corporations are so large that if they were countries they would rank among the top 100 nations in Gross Domestic Product (GDP).

The corporate model has spread across a number of fields that used to be comprised of small businesses or individual owners. For example, farmers, physicians, lawyers are much more likely now than in the past to work for large corporations. And with this corporatization, there has been an increased emphasis on standardization, efficiency, and productivity, over individual autonomy and personal craftsmanship. 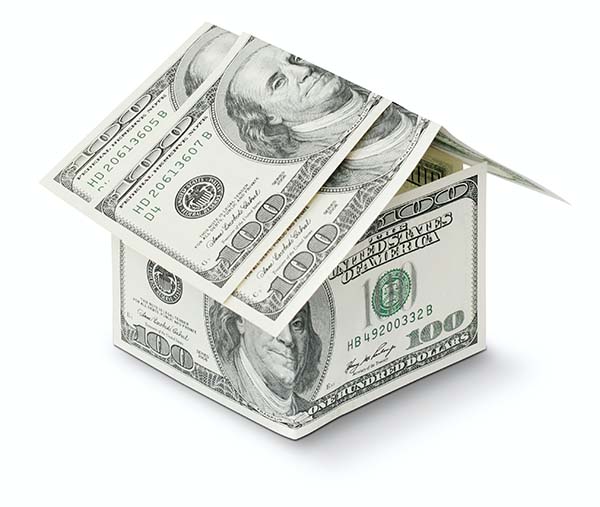 American Corporate Capitalism, though differing somewhat across companies, shares core values. As professor Kasser and colleagues analyzed, they glorify “consumption and wealth,” including individual as well as company financial success. In addition, ACC promotes values of power, dominance, materialism, and achievement through power, status, and wealth.

As Kasser describes, ACC not only promotes certain values, but it undermines other goals and values, including close and intimate relationships, caring about the world at large, and a sense of self-worth independent of achievement through wealth and power.

Individual employees tend to internalize these corporate values over time, as Kasser states. And employees then in turn spread these values through their families to their children.

So, how does all of this affect us?

As a result of these corporate values and other influences, our culture exalts the importance of work.

And Americans do work—a lot.

Americans on average work more—hundreds of hours per year–than employees in any other industrialized Western nation.  And while workers in most of these other countries have worked fewer and fewer hours, as the average work week has decreased and vacation time increased—Americans have worked more hours (PDF).

One result of all these hours is a generally productive national economy. The United States has the largest GDP of any country.

In part, however, this is a byproduct of the size of the American workforce and the large number of hours worked.

The GDP of the United States per worker per hour is not the highest in the world, but ranks somewhere between fifth and 25th depending on the year and source. For all the time we spend working, there is a diminishing return in productivity per hour, as economic studies have shown.

It is also noteworthy that even though American Corporate Capitalism increases the GDP and creates additional wealth, most Americans are only marginally better off than in the past. This is because most of the additional wealth goes to those who are already the richest, as income and wealth disparities continue to widen in the United States and internationally.

Even as the American GDP has risen over past decades, so have other indices. Unfortunately, however, many of these changes represent increased social and health problems.

So have mental health disorders.

Meanwhile, we are more stressed, less satisfied with our work, and more burned out.

Causes are multiple and complex, and we should be wary of simplistic answers.

Yet our work behaviors and attitudes, which are heavily influenced by cultural beliefs, contribute to this emerging set of problems.

For example, as we work more, we tend to be more exhausted—which is one of the hallmark signs of burnout. 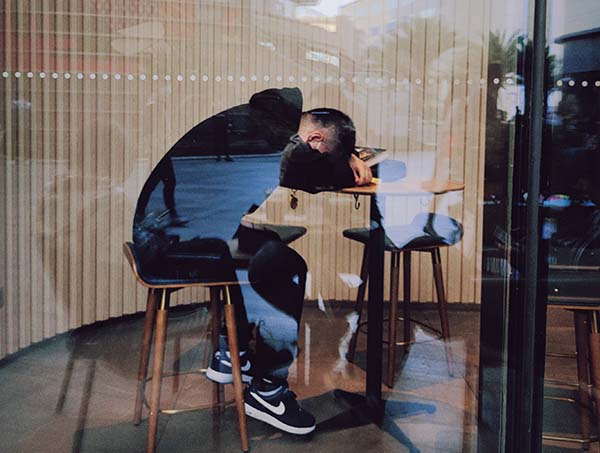 And we become more stressed out about our jobs because they are not simply “work.” Rather, cultural beliefs portray them as proxies for our self-worth, based on our status, achievements and income.

In addition, as we work more, we have less time to do some of the other activities that bring us renewal and fulfillment. Not surprisingly, Americans spend less time in leisure activities than many other industrialized nations, ranking 19th globally in leisure time.

Similarly, Americans have grown more isolated and lonely and less likely to engage in social activities and community groups—connections that bring social support and buffer stress while adding meaning and happiness to life.

A Matter of Balance

My point here is not to demean the value of work. (Truth be told, I am someone who enjoys work.)  Human labor–often involving long and hard work–has made the world a better place in a multitude of ways. Work is important for a degree of economic well-being for ourselves, our loved ones, and humanity.

And work can be a gateway for realizing deeper personal meaning, enjoyment, and fulfillment in life.

But too often work has become our not-so-magnificent obsession. Collectively, and individually, we are prone to workaholism.

Swallowing American Corporate Capitalism and related cultural beliefs feeds other obsessions as well. That is, we can fall into the hamster wheel of seeking more and more money, more material goods, greater social recognition and popularity. We do all this based on cultural messages that these pursuits bring us happiness and well-being.

But research is clear that beyond a certain, moderate level of income, money doesn’t bring more happiness. Nor does excessive pursuits of power, status, or social popularity.

Instead, our life tends to narrow, and we begin to lose touch with parts of life that bring us better health and happiness, such as intimate relationships, social connections, enjoyable leisure activities, and an internal sense of self-worth.

What Can You Do?

Culture seems so much bigger than any one of us. And it is.

Yet collectively we co-create culture. And we have cultural choices.

It is easier of course to begin to change yourself within the culture immediately surrounding you than the entire culture.

And fortunately, there are multiple ways we can do this. Specifically, these include: 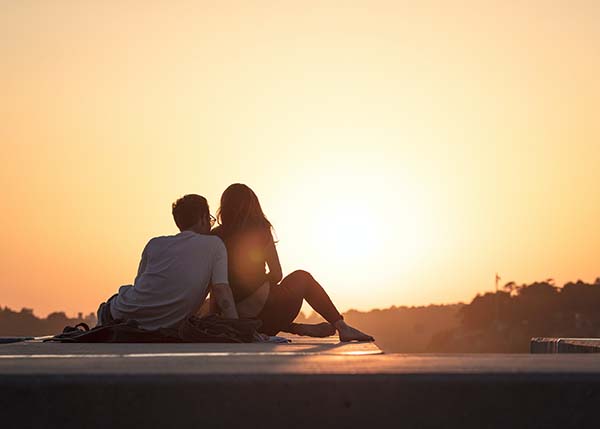 We can also go beyond our immediate niche and work toward changing culture more broadly in ways that can improve the world of work.

For example, in our local communities, we can increase our purchases from small businesses rather than national chains.

We can also strive to improve the larger society in ways that change the culture and reduce burnout.

Let’s acknowledge at the outset that such macrolevel change is typically slow and challenging—and yet possible. Indeed, the history of the United States is full of positive social change. Further, other industrialized, wealthy nations have made the following changes to improve their culture around work.

We can begin this work by advocating socially and politically (e.g., contacting elected officials, joining advocacy groups, working with unions, etc) for one or more of the following public policies:

One additional major change is to redefine prosperity, as some economists and international agencies have done. More specifically, nations can replace the GDP as the single index of collective well-being with broader measures of well-being that go beyond the economics of production and consumption. Current measures used internationally vary but include not only income and other economic data, but also physical health, political freedoms, social connections, mental health, and environmental factors.

These changes will not necessarily come quickly or easily. But each is possible, not only because we can imagine them but because they have been implemented successfully by other people or countries.

As we make these changes, individually and collectively, we will reduce burnout.

And just as importantly, we will create happier, healthier, more connected, and more meaningful lives for ourselves and other people.

Are you ready to start?

Join my mailing list to receive the latest resources and updates.
(Your email will never be sold.)

Join for new material and resources as they become available. (Your email will be kept confidential and never sold to external marketers.)